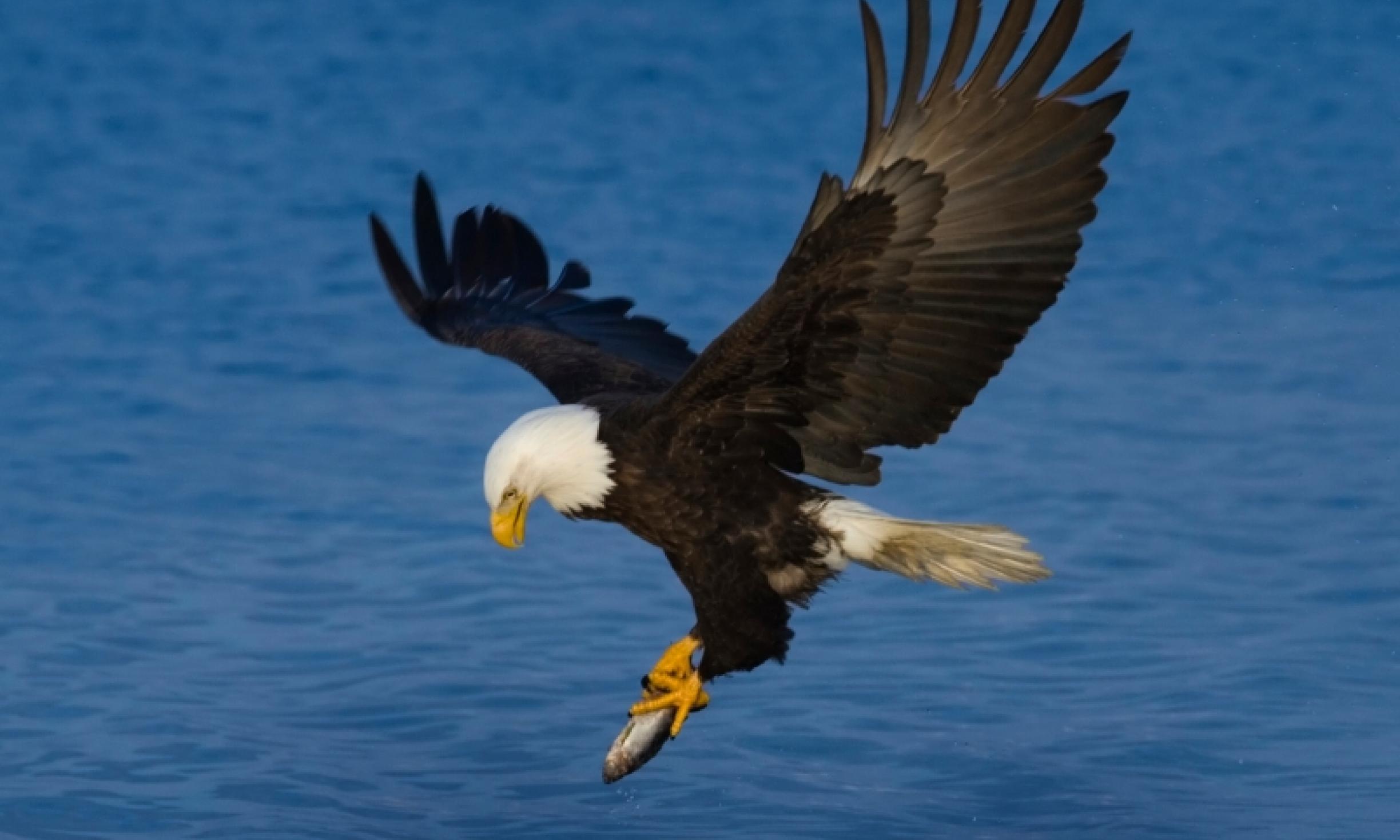 For those of us who pursue the mysteries of feathers, and bird wings, questions are numerous and answers are hard to come by. Even a seemingly simple question such as, “Who dropped this feather?” can be a daunting one. With over 900 bird species living in the United States and Canada, it is hard to know where to begin.

The first thing you should do when you find a feather is to stop and take a look around. Notice the ecological context of your environment. Are you on a city street, strolling along a coastal beach, in a dark, second-growth forest? Considering your location can take you a long way toward the answers you seek. What kinds of birds frequent the area? You may or may not know. If you don’t, maybe you will be more aware in the future.

Once you have taken in the ecological context, try to figure out where on the bird the feather originated. The most commonly found are the flight feathers of the wing and tail. Interestingly enough, most of the world’s 10,000 bird species have evolved to possess one of only five major bird wing types, each with its own distinct advantages that are perfectly suited for the specific habitats and needs of the species. Check out a birding guide for more information on bird topography and feather origin.

High-speed bird wings, common to bird species like swifts, swallows, falcons, shorebirds, and ducks are built for speed, but require a lot of work to keep the bird airborne. The long and cumbersome, high-aspect-ratio bird wings of albatrosses, petrels, and gulls may not get them into the air quickly or easily, but these wings are perfectly designed for soaring long distances with little effort. In contrast, the short rounded elliptical game bird wings of a grouse, turkey, pheasant, or quail can get them off the ground in a heartbeat, but the energy that it takes to lift that heavy body off the ground doesn’t last long. The slotted, high-lift wing of hawks, eagles, swans, and geese provides the extra lift that is needed to keep their large bodies airborne or to carry heavy prey. And finally, the classic elliptical wing of your local passerine allows for the quick bursts of flight and high maneuverability that is perfectly suited for life in brushy habitats. Take a look at the five major wing types that follow and see if you can point out the differences in feather shape across wing types.

High-Speed Wing of a Purple Martin

Notice the long, pointed primaries and curved secondary feathers. Swifts, swallows, falcons, shorebirds, and ducks all share this wing type which provides high speed and maneuverability but not a great deal of lift.

High-Aspect-Ratio Wing of a Bonaparte’s Gull 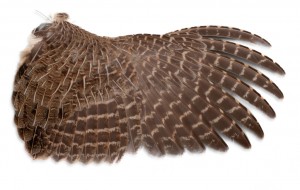 Notice the almost sickle-like primary feathers and highly curved secondaries. This wing is built for short powerful bursts of flight and belongs to grouse, turkey, quail, pheasant, and similar species.

Notice the extreme notching that is present on the leading primary feathers (far left). This is an adaption called emargination, which provides greater lift in flight. This is the wing type of hawks, eagles, vultures, geese, swans, and the larger wading birds.

This wing provides high maneuverability in brushy habitats. This wing type belongs primarily to passerines and some of the smaller owls. 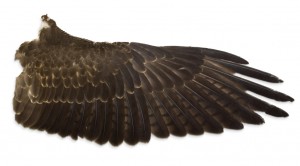 The next time you see a feather lying on the ground take a moment to check it out. Let the unknown draw you into the natural wonders that surround you and ask yourself, “Who dropped this feather?” Mysteries like the ones provided by loose feathers can be challenging. It is often necessary to hold on to your question for a while before an answer presents itself. If you keep journals of your feather questions and continue to stretch yourself by asking questions that are beyond your edge, you will find that feather identification can be quite fun and rewarding. And remember, the longer you have been holding on to a mystery the better it feels to solve it.

In 1918, in response to a rapid depletion in bird species and number due to exploitation, congress passed the Migratory Bird Treaty Act. The Act decreed “all migratory birds and their parts (including eggs, nests, and feathers) are fully protected.” This act of congress, along with a shift in the public consciousness from exploitation to conservation, successfully saved many bird species from certain extinction. Today the migratory bird treaty act remains in effect and is still a powerful tool used to protect our wonderful and beautiful migratory bird species. Those who explore the mysteries of birds and feathers must be aware that it is illegal to possess the feathers of migratory bird species covered under the 1918 migratory bird treaty act without the proper state and federal permissions. If you choose to explore this facet of the natural world, please do so responsibly. Journal your feather finds using photographs, or sketches. Be aware that it is legal to pick up and study a feather, but the bearer must then place the feather back down where it was found before leaving. If you would like to apply for a permit to possess feathers legally for educational use please contact your state wildlife authority and your regional U.S. Fish and Wildlife migratory bird office.