My adventures with Wilderness Awareness School started as a volunteer with summer camps. I got so wrapped up in the world of summer camps that I once walked into my orthodontist’s office with a face completely covered in charcoal without realizing it. It wasn’t until I started volunteering at overnight camps that I began to realize how little I actually knew about what I was helping to teach the kids, which was a bit of an alarming realization, but it was also the first time that thoughts of doing the Immersion program started to pop into my head. I started to talk about it with my parents, and we came to an agreement that I could do the Immersion program between high school and college, as long as I got accepted into a university, and was able to get my enrollment deferred for a year.

And so it came to pass that I was accepted at Western Washington University and granted a deferral, which lent my daydreams a dash of realism and giddiness that I was unaccustomed to. What followed was the most profoundly wondrous nine months I had ever experienced.

I came into the year thinking about all the cool skills I was going to learn and about how I was going to become a total woods ninja, but that’s not exactly what happened. What ended up calling to me the most that year was people. People are fascinating. This fascination started for me in times of my life when I felt as if I didn’t understand people at all. The entire year I was astounded by how connected I felt to all the people around me and how quickly we were able to come together as a cohesive group. We shared openly and dared to let ourselves be seen. 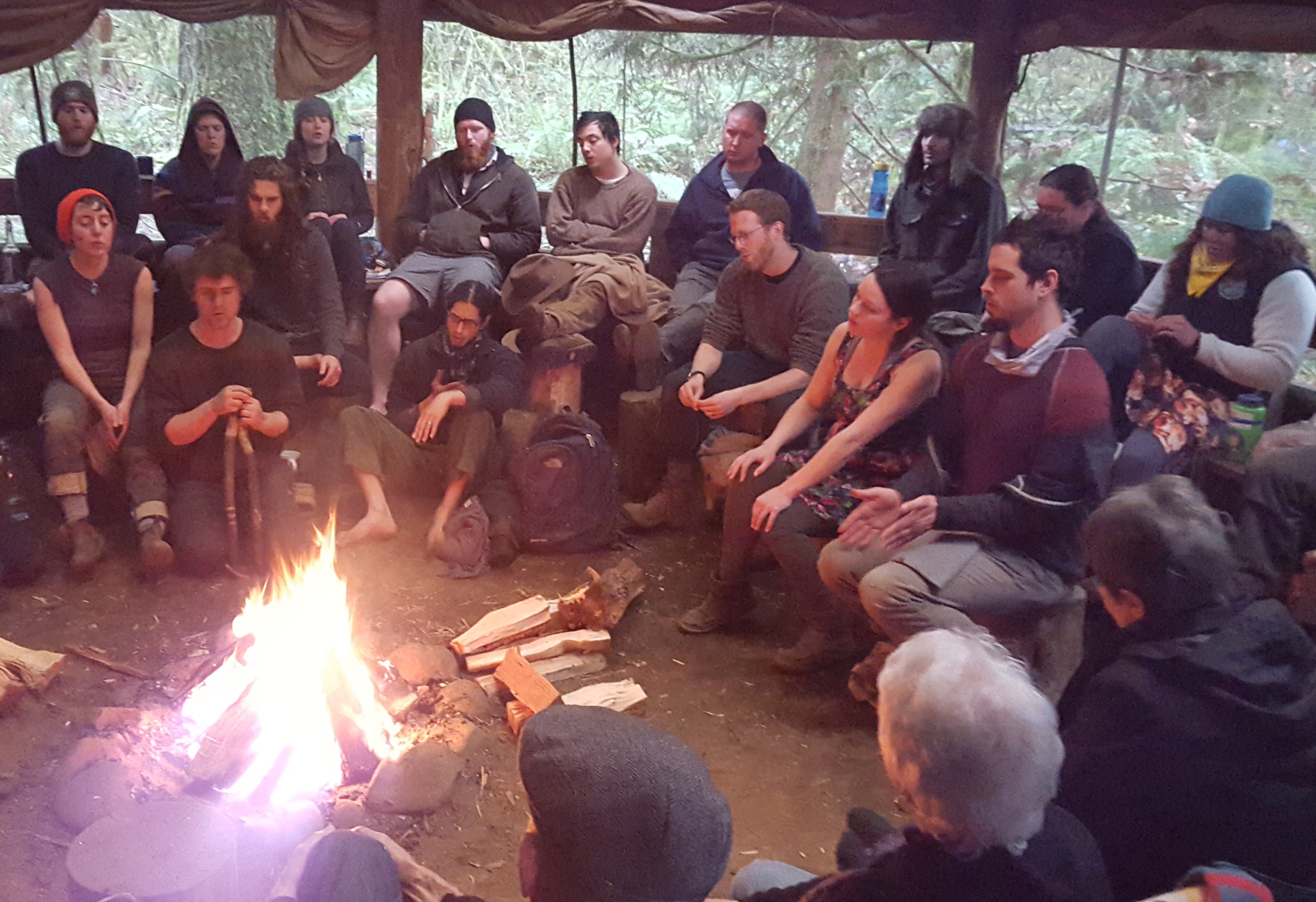 Vulnerability becomes strength. Throughout this process of learning about us as a community, I would inadvertently learn about myself, because to understand the whole I had to learn about the individual parts of it. It’s a weird feeling to have your perception of yourself change shape as you watch it. I left The Immersion deeply grateful for all the amazing experiences I had, and deeply apprehensive about plunging into the college world.

As it turns out I need not have worried. I would love to say that I went to my Sit Spot all the time but that’s not true at all. I almost never did, and sometimes I would kick myself for not practicing all the amazing skills I had learned just the year before.

It turns out I was practicing those skills all the time; I just didn’t realize that I was practicing them or that I had developed them in the first place. The realization came from an interesting conversation with Kim, another friend from high school. We were sitting in the dining hall one afternoon trying to study geology, but in reality, talking about almost anything else.

Then along came a guy named Guy who lived down the hall from me, and he proceeded to tell us about an interesting lecture in one of his classes about how men communicate differently than women. He was completely fascinated by it and started listing all of the things that men could do in a conversation to better communicate, and while he was talking I kept on noticing Kim giving me a strange look.

After he left, she told me I did pretty much everything that Guy said that men should do, and that I do it all the time. It was then that what I had really learned at The Immersion, and much of what I am writing now, really sunk in for me. I hadn’t developed as strong of a skill set for surviving in woods as others, but I had developed an incredible set of skills for surviving a complex social environment: a strong sense of identity, and the ability to compassionately listen to people in such a way as to hear what they are really saying, and to have them be comfortable saying it.

At the time I worried if I would be able to adjust from being so wild and free to sitting in lecture halls for hours on end. Looking back I don’t know if I would have survived my first year of college emotionally unscathed had I not done the Immersion program. What I do know is that my life is much better now that I have an improved understanding of both myself and other people, neither of which would have happened had I gone straight from high school to college.