The year at The Immersion is coming to a close. We gathered for our last week of “normal” class time before embarking on the final three weeks of class; also known as the ‘The Gauntlet’. The Gauntlet is the time where we are put to the test to see how ingrained our skills are that we learned this year. But before we set out on this intense adventure, we had a grand finale week of school. There has been so much talk about getting prepared for the Gauntlet that the final week did not seem like it was on the radar. However, this was not the case, this week may have been my favorite week of the entire year. It wasn’t just one super fun day, it was three!

The first day we all arrived at class with the heads up of wearing clothes that we didn’t mind getting dirty because we were going to learn about how to blend into the forest. We all walked onto the land to a part of the school’s land where we don’t often spend a lot of time. Gathered in a circle, we watched as one of our classmates was transformed into a wild, camouflaged human. We talked about the patterns of colors and shapes around us, and how we could create patterns that would help us dissolve into the background. We took the shine off our skin with ash, then followed that up with a layer of clay. We smeared the cool clay and mud all over ourselves in various patterns. It was so much fun. 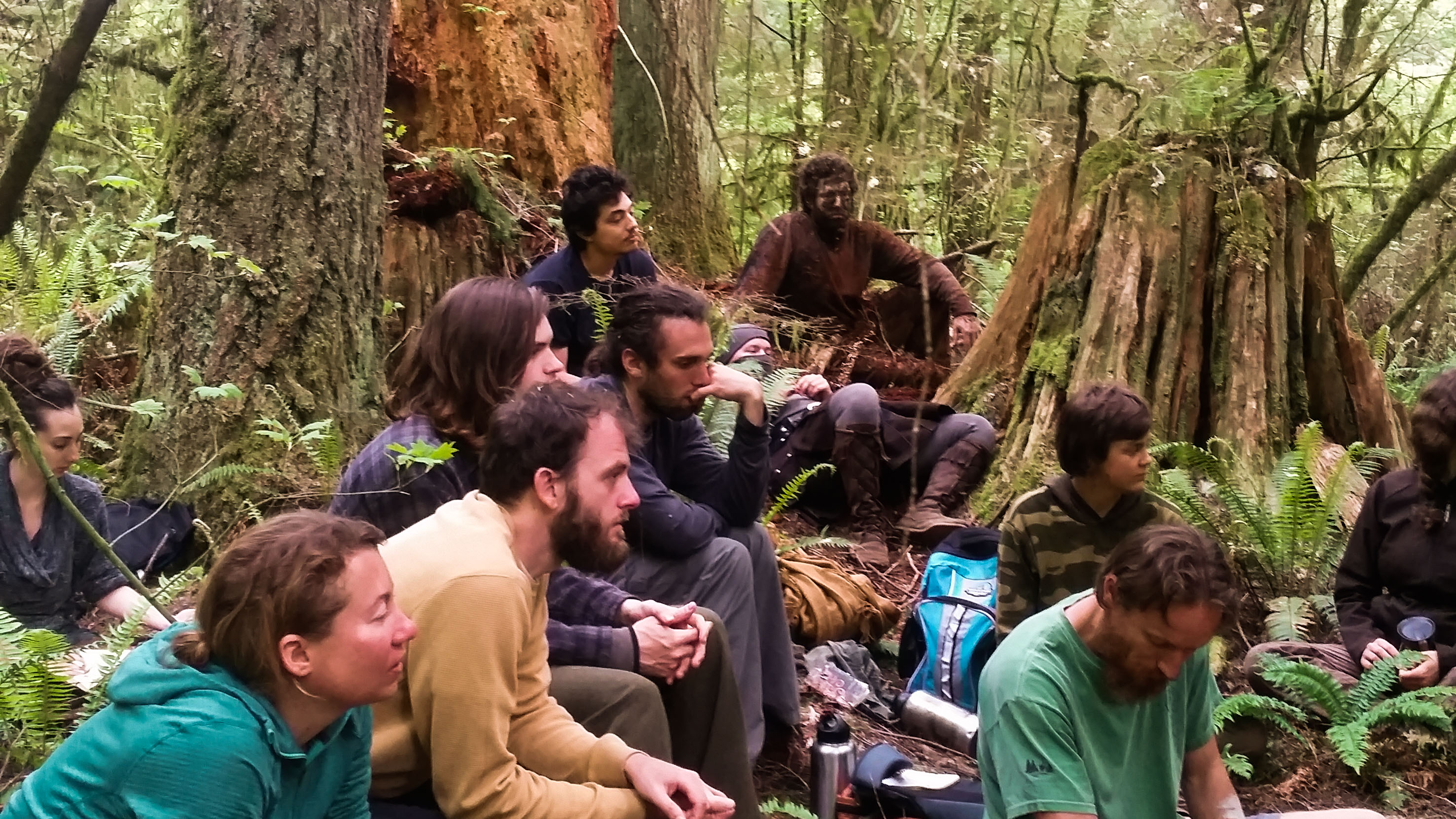 It seemed there was a threshold in people where they would hesitate in getting dirty. For me it was getting my head and face dirty. But once I smeared ash and coal on my face and hair, then all was fair game. I noticed it was similar for others. In a short period of time our class was completely transformed. We went from being well dressed and tidy to a clan of camouflaged humans. We spent the rest of the day playing various games in the woods where we tested how well we camouflaged ourselves by trying to sneak up on our classmates in various games. 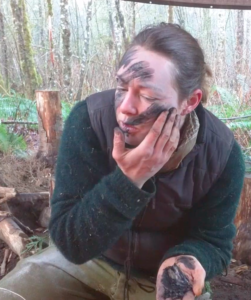 Another highlight of the week was the celebration of two delightful classmates. To celebrate their presence on the earth, we organized a city game of Capture the Flag! Seattle wasn’t sure what hit it. We set a meeting time with our classmates in the Big City. We had to then transfer our camouflage and “scouty” skills to the city and see if we could blend ourselves into the metropolitan life. I think this part may have been more challenging/uncomfortable for many of my classmates. It’s been quite a year of being immersed in the natural world, so venturing into the city can feel awkward at times.

However, this day of capture the flag was perhaps one best days of class. We set up boundaries with various streets, made various teams, and then dove into the back roads of the city to find our opponent’s flag. We even had various observers inquire about what we were up to, including many curious looks and smiling and pointing. It was a great opportunity for “city slickers” to see other adults in touch with our playful nature and indulging in their child side.

Learn more about The Immersion or schedule a Visit Day!